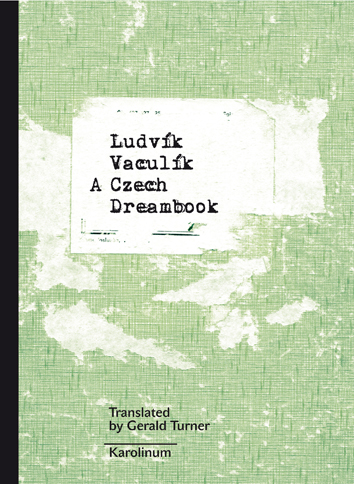 Sparklingly translated by Gerald Turner, it offers a fascinating experience to British readers: the candour of Vaculík (who died in 2015), his insistence on presenting himself in lights both positive and negative, without spin – as when he reads Madla’s diary about his own infidelity, snooping on his own wife like a secret policeman – is especially refreshing in our current political climate.
[…]
In his Dreambook his frankness is also a deliberate literary stance, a warning to us not to trust in heroes. Yet as a writer and thinker he had one of the freest minds I’ve ever come across; so I am content still to call him one.
Julian Evans (The Telegraph)

A Czech Dreambook is not a “light read”; its main text weighs in at 536 pages split into dated diary-like chapters. However, it is an exceptionally compelling account of a mind and an era, presented here in English for the first time, 40 years after it was completed.
[…]
It is an irony, and a real shame, that the best Vaculík’s many international admirers can hope for is that his work will be compared to that of Milan Kundera and Aleksandr Solzhenitsyn as a fine author of “the political novel.” A more considered view of A Czech Dreambook would be to regard it as a startling and original work of art describing the mess and the joy of being human.
Michael Tate (Los Angeles Review of Books)

Freud would probably have been a most eager and grateful reader of Vaculík’s book, but there is enough to fascinate others in Gerald Turner’s inventive and competent translation, expertly revised and contextualized by Jonathan Bolton.
Andrei Rogatchevski (TLS)