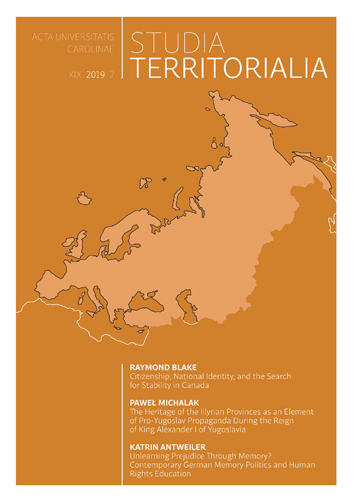 The biggest threat to the stability of the Kingdom of Serbs, Croats and Slovenes, which was created after the First World War, was the social distinctions between its citizens, who had been raised in completely different countries, and even different civilizations. The people’s mentality and their various historical experiences were the consequence of living for hundreds of years in separate cultures. King Alexander Karađorđević was aware of that, and based his domestic politics on the idea of an integral “Yugoslavism,” which meant the propagation of the ideal of a unified Yugoslavia in all aspects of social life. The main aim of the monarch was consolidating his entire society around the Yugoslav idea, uniting all the country’s citizens into one nation and creating a new kind of man or woman – homo yugoslavicus. To achieve these goals, Karađorđević’s state propaganda drew upon events and ideas from the past history of each “tribe” of the “three-name nation.” In particular, the heritage of the Illyrian Provinces was used in that way. This article analyzes how the heritage of the Illyrian Provinces was used in public discourse of interwar Yugoslavia as one of the elements cementing the Yugoslav idea in the minds of the people. It focuses primarily on school curricula and the activities of influential scholars.