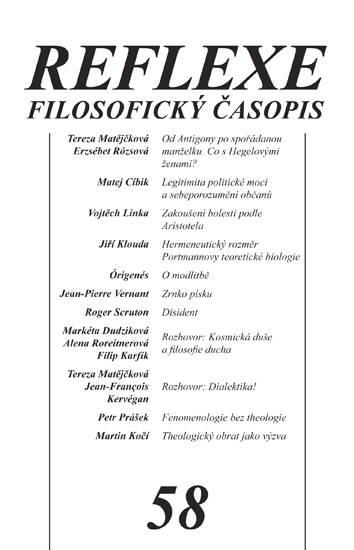 [From Antigone to the Decent Wife. What about Women in Hegel?]

Beyond offering a contribution to practical or political philosophy, Hegel’s Outlines of the Philosophy of Right can also be read as an analysis of modern social structures. The authors’ aim is to bring forth this aspect of Hegel’s thought. In order to do this, they take two motives as a starting point: the position of woman and of family in modern society. Related to these two questions, they especially focus on the two motives of romantic love and mutual recognition in contemporary philosophy. Thus, the study is, first, an investigation of contemporary approaches to these questions from the perspective of Hegel’s philosophy, and second, a contribution to Hegel’s understanding of modernity. As to this latter aspect, the authors contend that while Hegel is right that modernity is essentially prosaic, the contemporary forms of families introduce a tragic worldview into the predominantly prosaic modernity.