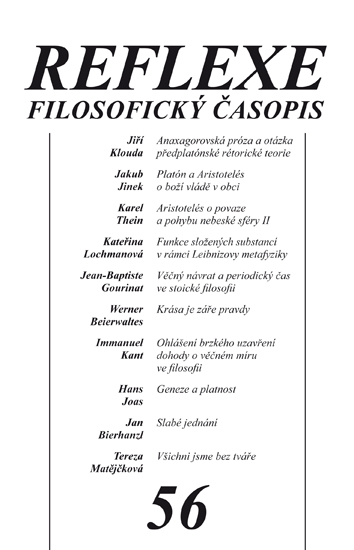 [Plato and Aristotle on the Rule of God in the City. Some Possible Sources for the Idea of Sovereignty in Greek Political Thought]

The article discusses the notion of political theology as a basis for the idea of sovereignty in Plato and Aristotle. Contrary to those critical voices which view political theology as an attempt to misuse theology for practical-political purposes on the one hand, and those who question the very presence of political theology in classical Antiquity on the other, our interpretation shows that, first, both Plato and Aristotle do develop clear, though mutually distinct, political-theological positions and second, that in both cases, theological speculation has priority over considerations of practical policy. Concerning the difference between the two authors, however, it turns out that Plato is the only one for whom political theology is constitutive of what could be seen as a precursor of the modern idea of sovereignty.