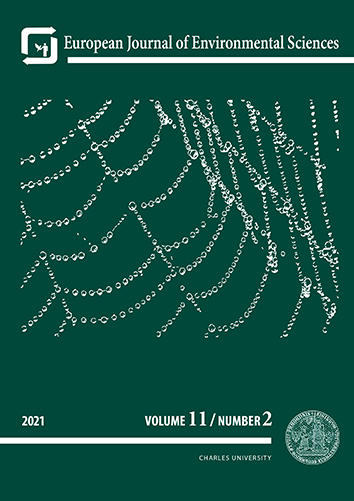 Salt no longer travels through the Bohemian Forest along the Golden Trail, but halophytic neophytes do

The Golden Trail, used for the transport of salt from alpine mines to the Czech Kingdom for centuries, was a crucial ancient trade route in the Central European region. The contemporary road I/4, copying the Golden Trail, plays the same role today. The I/4 is used year round with deicing salt, a common standard, applied for winter maintenance. Deicing salt is often used, even in sections where the I/4 passes through the Bohemian Forest and its protected areas. The effects of applying deicing salts on ecosystems in the region is well documented. In addition to many other effects, high concentrations of salt along the roads cause significant changes in plant communities. Plant species sensitive to salinity disappear and the abundance of halophytes increases. Roads are also trajectories for the migration of neophytes. Seeds or other propagules are transported with cargo or in car tires. In this paper, we present our findings on the pilgrimage of Plantago coronopus, a true halophyte, into the Bohemian Forest. We also describe the species’ colonisation strategy and human measures supporting its successful migration in a region of high conservation value.

Salt no longer travels through the Bohemian Forest along the Golden Trail, but halophytic neophytes do is licensed under a Creative Commons Attribution 4.0 International License.