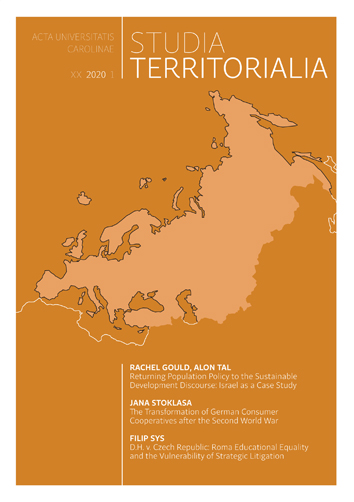 In Germany, as in other parts of Europe, workers faced social and political challenges in the process of industrialization. Consumer cooperative societies, or coops, emerged at the end of the nineteenth century as an answer to these challenges. As self-help organizations of workers, they developed into a stable pillar of the German labor movement. In 1932 they counted four million members. After 1945, under Allied supervision, “denazified” coops helped to reconstruct Germany, which was then divided into two opposing political camps. After the war, former victims of the Nazi regime, perpetrators of Nazi crimes, and bystanders all preferred to avoid discussing the Nazi past. Reconstruction in both German states focused on rapidly restoring the war-damaged economy, while ignoring the other burdens of the Nazi past. Most of today’s discussion of coops’ post-war reconstruction in Germany centers on economics. Due to various historical interrelations, critical discussion of the burdensome past remains buried. In this paper, I reflect on the transformation of the consumer cooperatives during and after the Second World War, based on archival sources documenting the denazification of the Hannover Consumer Cooperative Society in the British occupation zone and the restitution of property it lost under Nazi rule. I argue that despite the nearly complete demise of German consumer cooperatives after reunification in 1990, the buried history of how they handled the Nazi past should come to light.