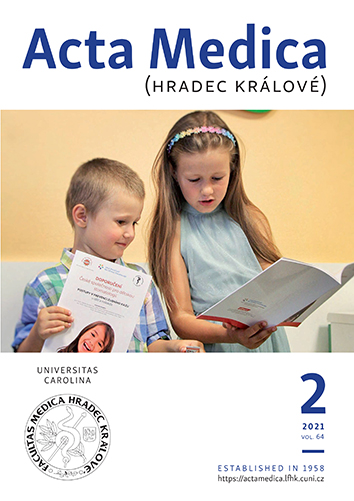 Failure of Warfarin Anticoagulation Therapy after Administration of Oral Terbinafine

Warfarin is widely used anticoagulant drug for a variety of diseases (thromboembolic disease, atrial fibrillation, etc.). It has three most important parallel metabolic pathways, CYP1A2, CYP3A4 and CYP2C9. Terbinafine is a potent CYP2D6 inhibitor. A possible drug interaction could lead to an increased pharmacological effect of the above drugs. Enzyme induction with CYP3A4, CYP2C9, CYP1A2 inducers may have occurred. Case report: We present a case report of an 88-year-old male patient who has been successfully anticoagulated with warfarin due to atrial fibrillation. He was orally administered terbinafine to treat onychomycosis. Two weeks after initiation of this drug the patient experienced dizziness and feelings of instability, for which he was admitted to the neurology department. A low-efficient INR level was found at the baseline, presumably due to warfarin interaction with terbinafine. The induction of liver enzymes lasts 10–14 days, which matches the introduction of the antifungal agent. Conclusion: Combined therapy with warfarin and oral terbinafine is actually rarely prescribed but, if used, their interaction can have serious consequences in many clinical situations for which anticoagulation therapy with warfarin is indicated.

Failure of Warfarin Anticoagulation Therapy after Administration of Oral Terbinafine is licensed under a Creative Commons Attribution 4.0 International License.