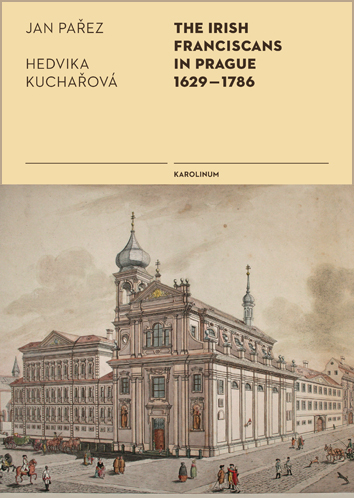 At the end of the sixteenth century, Queen Elizabeth I forced the Irish Franciscans into exile. Of the four continental provinces to which the Irish Franciscans fled, the Prague Franciscan College of the Immaculate Conception of the Virgin Mary was the largest in its time. This monograph documents this intense point of contact between two small European lands, Ireland and Bohemia. The Irish exiles changed the course of Bohemian history in significant ways, both positive — the Irish students and teachers of medicine who contributed to Bohemia’s culture and sciences— and negative — the Irish officers who participated in the murder of Albrecht of Valdštejn and their successors who served in the Imperial forces. Dealing with a hitherto largely neglected theme, Parez and Kucharová attempt to place the Franciscan College within Bohemian history and to document the activities of its members. This wealth of historical material from the Czech archives, presented in English for the first time, will be of great aid for international researchers, particularly those interested in Bohemia or the Irish diaspora.