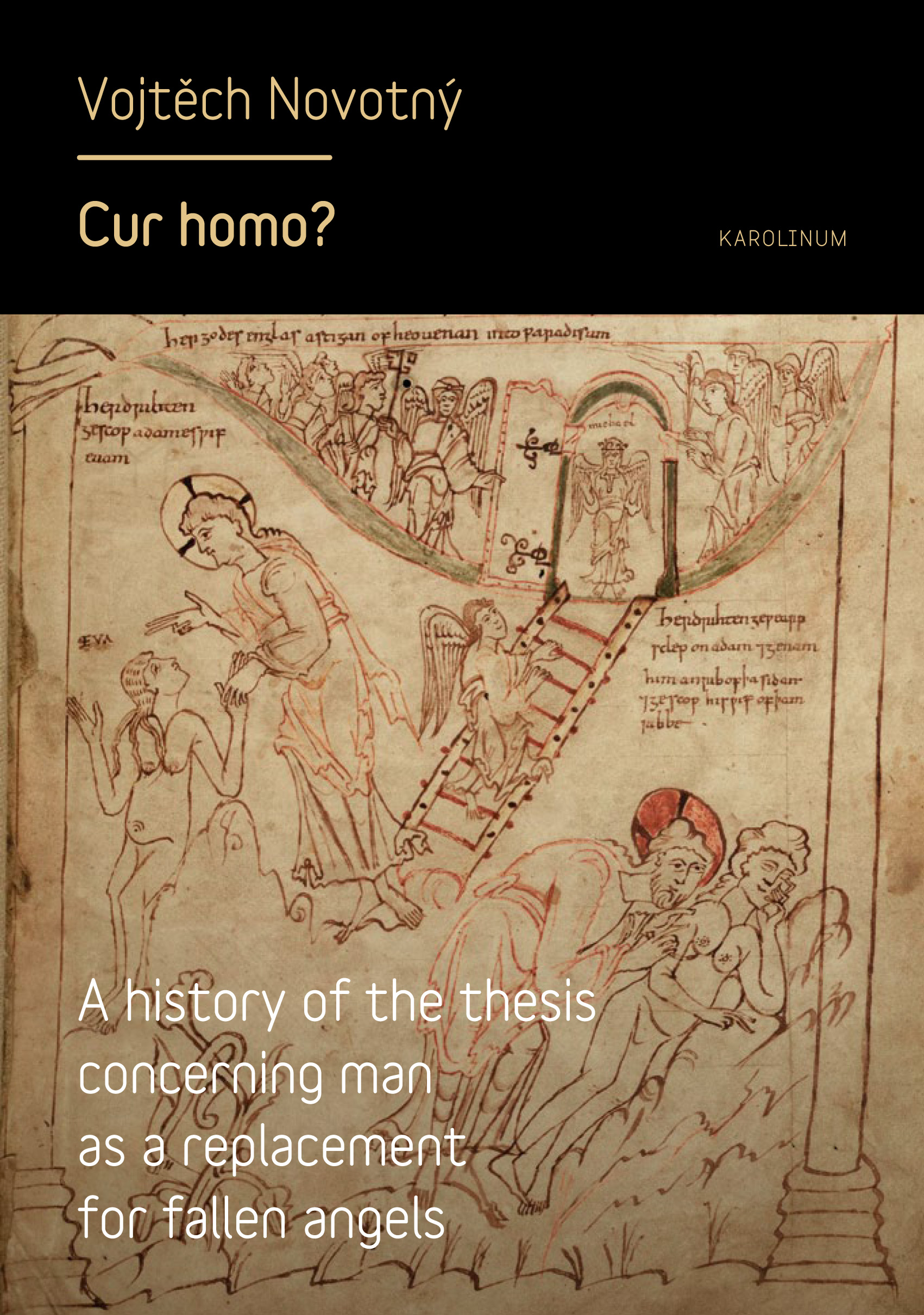 Cur homo? A history of the thesis concerning man as a replacement for fallen angels

This monograph has set itself the goal to examine, outline, elucidate, and supplement the existing body of knowledge concerning a theme from patristic and medieval theology recalled in 1953 by Marie-Dominique Chenu, and that is the assertion that man was created as a replacement for fallen angels (Yves Congar: créature de remplacement; Louis Bouyer: ange de remplacement). The study first shows that the idea of man having being created to take the place of fallen angels was introduced by St. Augustine and developed by other church fathers. It then identifies the typical contexts in which the subject was raised by authors of the early Middle Ages, but goes on to focus on the discussion that developed during the twelfth century (Anselm of Canterbury, the school of Laon, Rupert of Deutz, Honorius of Autun), which represents the high point of the theme under investigation, culminating in the assertion that man is an "original" being, created for its own sake, for whom God created the world – a world which together with, and through, man is destined for the heavenly Jerusalem. The question as to whether man would have been created if the angels had not sinned (cur homo) bears a clear similarity to a further controversy, the origins of which also go back to the twelfth century, and that is whether the Son of God would have become incarnate if man had not sinned (cur Deus homo). Next, the book sheds light on how the subject begins to gradually fade away through the twelfth and thirteenth centuries, both within monastic tradition, which nonetheless held onto Augustine's motif, and within scholastic theology, which asserted that man was created for his own sake. The conclusion summarizes the findings and points to the surprisingly contemporary relevance of the foregoing reflections, particularly in relation to the critique that the Swiss philosopher and theologian Romano Amerio († 1997) offers concerning a statement in the pastoral constitution of the Second Vatican Council (Gaudium et spes 24), according to which man is "the only creature on earth that God willed for itself".

I. Origins: the church fathers
1. Sources
2. Augustine of Hippo
3. Before Augustine
4. Between Augustine and Gregory
5. Gregory the Great

III. Crisis: the eleventh and twelfth centuries
1. Anselm of Canterbury
2. The school of Laon
3. Rupert of Deutz
4. Honorius of Autun