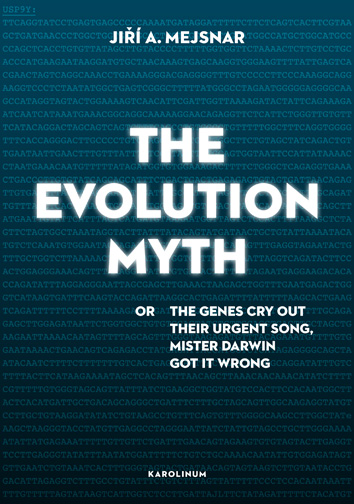 The book [...] does not contain speculations or hypotheses, and thus substantially differs from other publications on the topic. It rigorously remains in the key signature stated in the preface – that is, to present to a general readership the indisputable results of the natural sciences, which are incompatible with a hypothesis about continuous [...] biological evolution based on the natural selection of random mutations.
František Vyskočil (Vesmír science monthly, February 2014)

Anyone reading this volume (or those teaching it) should recognize the scientifically interesting complexities of evolution and what, by all accounts of this book, should be a ripe area of research regarding mtDNA within the evolutionary context. Readers should also be aware of the (il)logical steps Mejsnar makes by avoiding conflicting (and robust) evolutionary studies and interjecting a religious bias into his analysis.
Martin Bremer (The Quarterly Review of Biology, vol. 90, 436-7 pp.)