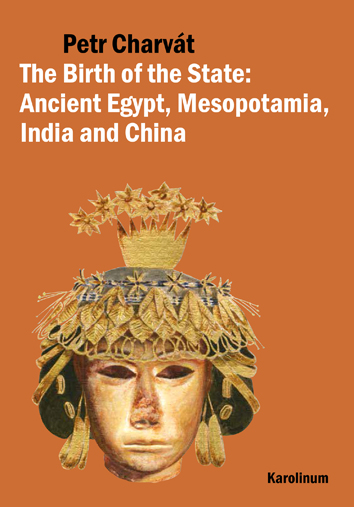 The Birth of the State

This book targets the problems of emergence and stabilization of the earliest state bodies in the pristine statehood foci of the Old World - Egypt, Mesopotamia, India and China. Charvát takes his readers through the essential economic, political and intellectual transformations induced in those societies by their transformations into early states. The author also provides a comprehensive view over the entire range of the discussed problems, attempting to perceive the process of establishment of the earliest states of the Old World in its complexity. The book gives the word to ancient statesmen, as well as to men of religion and letters of yore, voicing their alarm in crisis situations of their states, when they feared collapse of what they understood as "civilized society". Addressing their admonitions to kings, managers, generals and, where possible, the widest circles of society, such thinkers urged their contemporaries to defend the ideals on which their civilizations wer e built. The book is addressed to all those interested in the emergence and development of humankind´s earliest states including university students of humanity disciplines.

The Natural Environment
The Roots and Origin of All Things: The Productive Economy In Egypt
(Neolithic Age, ca. 5500-4500 BC)
The Chalcolithic Age or Building Inequality:
The Badari Culture (4500-3800 BC)
Embryonic Signs of the State: Naqada I, II and III
(4th millenium BC)
Economy
The embryos of cities
Social differentiation: the elite and the others
Egyptian society of the pre-state period in burial rituals
Lower Egypt: Between the Pharaoh and the Red Sea
Economy
Settlements
Burials
Beyond everyday borders: contact with Asia
Confronting the Enemy: Nubia
The Burial of the Famous and Powerful in the Northern Part of Upper Egypt: Abydos
Burial Grounds Of The Southern Kingdom of Upper Egypt: An Elite Burial Site In Hieraconpolis
"Simple" Egyptians
The Dawn Of The Egyptian Writing System
The Birth of the Egyptian State
Stabilization of the Early Egyptian State
Characteristics of the Early Egyptian State

The Natural Environment
The Dawn of a More Advanced Social Structure (the Halaf culture, 6000-5000 BC)
Early Historiography: Susa at the Close of the 5th Millenium BC
Mausoleum of Susa
Painted pottery of Susa: the people and their communities .
Painted pottery of Susa: the people and their work
Painted pottery of Susa: deities
Painted pottery of Susa: Why?
Susa at the Dawn of the Uruk Period: First Reports from the Creation of the State (early 4th millenium BC)...
The sacral face of the age: activating fertility powers
The secular face of the age: building, protection, tradition..
Sumer, the Southern Part of Mesopotamia:
While This Was Happening
Activating the potential of fertility powers
Writing! Writing?
The enchantment of cylinder seals
"You will not be like gods"
Behold, Civilization: the Greater Community of the Late Period Of Uruk Culture (3500-3200 Bc) - En, Nin, Nameshda
Economy: redistribution prevails
Spiritual and political leaders: EN, NIN, NAMESHDA
Innovations at the dawn of the 3rd millenium BC: LUGAL, NIN, NAMESHDA
The wise Owl of Minerva flies at dusk: the crisis of the 27th century BC and what came of it - LUGAL, ENSI2, EN
"The End of the Beginning": the Sumerian State at the Close Of The Early Dynastic Period (ca. 2500-2334 BC)
The king and his court
The powerful and revered
Careful and resourceful
"He who shackles slaves..."
Conclusion

The Natural Environment
Prehistoric Beginnings: "Mesolithic-Neolithic" - Hunters, Gatherers and Farmers
The Neolithic Period in southern China
The Chalcolithic Period (We Are No Longer All Equal) .
China's Northern Regions during the Chalcolithic Period ..
The Beginnings of the State
The Traditional Interpretation of Chinese History
The Erlitou Culture
In the cities and peripheral areas of the first state
Zhengzhou
Anyang
Western Zhou
The Economy of the First Chinese State
Society
Characteristics of the first Chinese state
A state arises from kinship
What followed?
What the elite took with them on their journey to the next world
The spiritual world

HOW THEN IS A STATE BORN?

First, a Brief Review
Subsistence
Agriculture
Craft
Trading
Settlements
Burials
Society
Organizational centers of the Chalcolithic societies and their facilities
Courtiers of the first rulers: clever, resolute and foresighted. Courtiers of the first rulers: those who speak with the gods.
Egypt
Sumer and Akkad
What was the deification of the Mesopotamian rulers like?
India and China
Three social estates and the birth of the state
Metaphysics
The human world, space, time and their nature
The non-human world
Is the world around us composed of the elements?
Powers of the overworld
Art
Conclusion