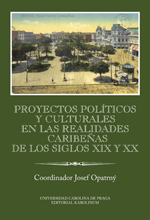 This monograph, a collective work of historians and literary scientists from Cuba, France, Spain, the Czech Republic and other countries,... This monograph focuses on the relations between Czechoslovakia and Guatemala during the "Guatemalan revolution” in 1944–1954, which has p... 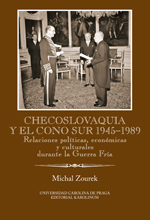 This work analyzes the political, economic and cultural relations between Czechoslovakia and the three southernmost Latin American countr...