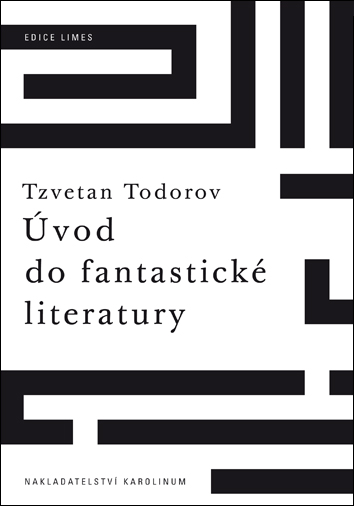 The Fantastic: A Structural Approach to a Literary Genre is one of the fundamental works of this French literary scientist of Bulgarian origin, an important personality of the French Structuralism of the second half of the 20th century. The definition of the fantastic is the main contribution of this work, which has been considered to be a handbook of a sort of the fantastic genre since its first publication in 1970. According to Todorov, its source is in our indecisiveness, which we as readers feel when confronted with an event, which appears, albeit even slightly, supernatural; under the condition that we do not resort to poetic or allegorical interpretation of the text.
"The Fantastic" is based mainly on the reader's hesitation - the reader who identifies himself with the main character - concerning the nature of the uncanny event. This hesitation can be resolved either by admitting that the event had occurred, or by our decision that it is a figment of our imagination or work of illusion; in other words, we can decide that the event did happen or not."
The scholar then defines the genre of the literature of the fantastic in relation to the uncanny and marvellous, followed by the characteristic of the discourse of the fantastic and related themes. At the end, he presents an analysis of the social and literary function of the supernatural by answering the question "Why does the fantastic exist?"