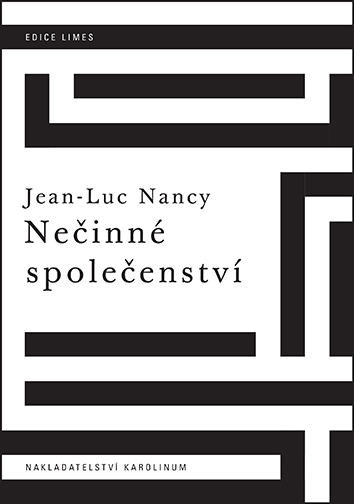 Jean-Luc Nancy (*1940) is one of the most important French philosophers. His pivotal book, first published in the 1980s, attempts to point out and defend the original meaning of this notion, which in modern society has become a mere union of mutually independent individuals. In the opening essay of the book, he develops his reflections in polemics with Georges Bataille and Martin Heidegger. In the other texts he addresses, for example, the constructive meaning of myth and what history is. For Nancy, community is not a social, economic or political concept, he ponders the common nature of being as if its existence was inseparable from its share on this “together.” Within the best traditions of the 20th-century French philosophy, Nancy finds himself on the very border of what can be formulated within the post-modern discourse.