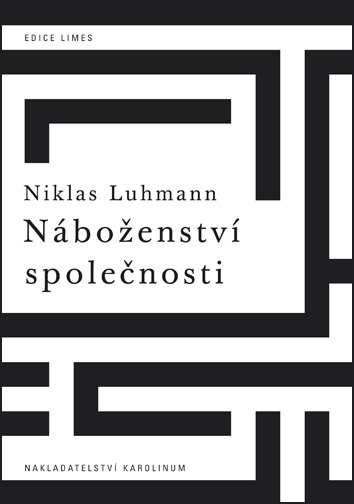 [The religion of society]

Niklas Luhmann, a thinker in the area of systems social theory and a classical figure in sociology, was for his wide scope of interests referred to as the "Hegel of the latter half of the 20th century.” An analysis of religion plays a crucial role in his work. Of the many essays he devoted to this theme, we have selected the last one, published posthumously, as it is a representative probe into Luhmann’s most significant theory of functional systems, such as politics, economics, law and science.
Particularly valuable is his method of asking questions, based on the concept of the autopoietic social systems. As concerns religion, there is a symptomatic tension between this concept and the "internal” theory of the system – theology. A theory which believes that social systems are created through communication (contrasted with Parsons’s "action”) allows for the selection of many bold approaches, independent of the concept of "man.” This complex theory is also a result of the scholar’s purview in many disciplines and frequently presented analogies, which makes the text interdisciplinary; originating at the close of the scholar’s career, it exhibits inspiration from biologists Maturana and Varela as well as from the theory of form and cybernetics. The text thus represents a good starting point for critical reflections on the role of religion in Western society in the 21st century, starting from reflections on traditional notions (God), through the current form of the "world religious system.”