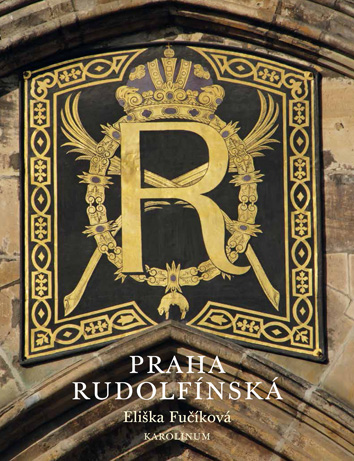 Rudolfine Prague takes readers to the era of Rudolf II (1576–1611) when Prague became the metropolis of the Holy Roman Empire, and when the imperial court was a much sought-after environment for scholars, artists as well as magicians and adventurers. As the author says, everyone of importance from both inside the empire and from outside as well and who wanted to achieve something had to visit Prague.
A historical outline forms an introduction to an erudite stroll through the Rudolfine Prague, which has to today been riddled with mystery and legends. The tour through the period and its monuments, including a peek into the famous imperial collection, is guided by Eliška Fučíková, an outstanding expert on Rudolfine art. Her lively text is accompanied by about a hundred colour reproductions of buildings and historical monuments dating from the late Renaissance, along with other graphical documentation, an index of locations with a map of Rudolfine monuments and an overview of prominent personalities.