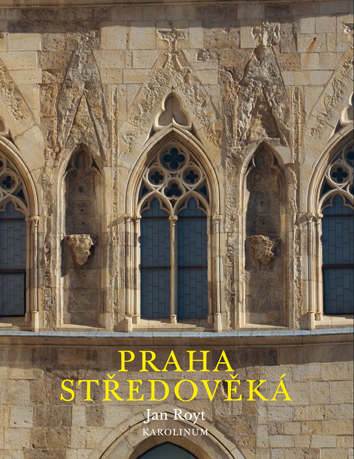 Prague, which began its development together with the Czech state during the reign of the first Přemyslid rulers at the end of the 9th century, reached its medieval heyday during the reign of Emperor and King Charles IV, a Luxemburg like his father and a Přemyslid like his mother. The scholar employed his detailed knowledge of Czech medieval culture to succinctly depict the historical development and stylistic transformations of architecture and visual arts from the Romanesque period to the high Gothic style, when the political significance of the city extended far beyond its medieval city walls. The opening sections focusing on the Romanesque and early Gothic transformations of Prague Castle, Vyšehrad and the development of the city planning during the reign of the Přemyslids, are followed by sections depicting the donorship activities of the Luxembourgs, particularly of Charles IV. Jan Royt focuses on the construction of St. Vitus Cathedral, the development of Vyšehrad, the foundation of Prague’s New Town and the foundation of the university, and offers an objective assessment of Wenceslas IV’s donorship activities, stressing the importance of beautiful style. The historical context also features efforts to reform the church related to the Prague environment and figures of the spiritual life, including Conrad of Waldhauser, Jan Milíč of Kroměříž and Master Jan Hus, as well as the founder of the Devotio Moderna movement Geert Groote. The opening essay features documentary photographs and the book includes a list of rulers and prominent figures as well as indexed maps featuring relevant sites. Photographs of historical monuments were taken by Jan Gloc.