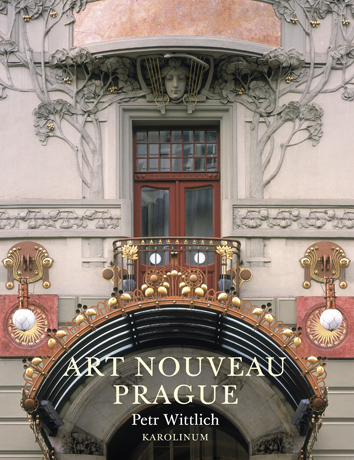 At the turn of the 20th century, Prague underwent a fundamental transformation: once again, it became a prestigious centre for the life of the Czech nation, developing into a metropolis with demands for modernity that led to an extensive redevelopment of Prague’s Old Town. Alongside new constructions designed in historical styles, Art Nouveau began to assert itself in public
buildings, hotels, restaurants, pavilions, and apartment blocks. The decorative Art Nouveau style, which gained popularity also due to its French origins, was employed in the rebuilding of the Main Railway Station as well as in the construction of the Municipal House, a status symbol for the Czech majority in Prague, which was opened in 1912. At the same time, modern architecture in Prague progressed to a new significant chapter – Cubism. The formation of modern Prague is depicted by Petr Wittlich, an outstanding and renowned art historian. His approach
to Art Nouveau as a style but also as a movement, making space for the development of individual artistic creativity, helps the reader to understand the broader context of the transformations
that Prague underwent.