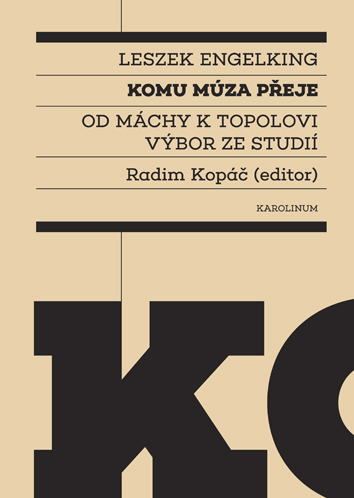 [Who Is the Muse’s Favorite]

Leszek Engelking (1955) is one of the most industrious scholars in Bohemian studies from the University of Lodz in Poland. He engages in translating, literary science, history, criticism and journalism, and he also writes poetry and fiction. This book presents twenty-nine literary-history essays written by Engelking on Czech literature, particularly that of the last century, but also older: from Mácha, via Richard Weiner, Group 42, Ivan Wernisch and Czech Surrealism through Jáchym Topol. The book was edited by Radim Kopáč, who also wrote the preface.