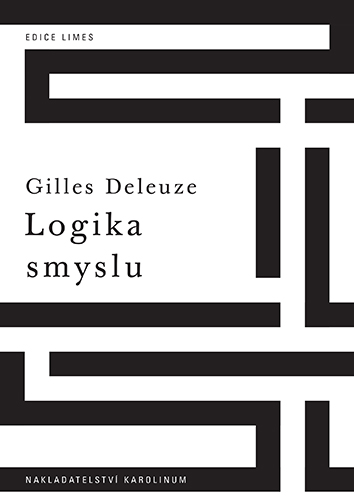 [The Logic of Sense]

Gilles Deleuze’s The Logic of Sense, fist published in 1969, is one of the main works by this French philosopher, before he started to cooperate with Felix Guattari. The book is a collection of a series of thirty-four paradoxes and an appendix that contains five previously published, modified essays, which develop those issues which had been only briefly implied in the previous series.
The central theme is the philosophy of the event, which Deleuze, following in the footsteps of Henri Bergson or A. N. Whitehead, strives to promote against the dominant philosophy of being. In this new framework he subsequently transforms the classical notions of event, sense or idea, trying to demonstrate that only new conception of the relation between the difference and repetition opens the path to a new type of thinking which does not draw its necessity from the evidence of first proofs, but from the experience of encountering the problematic nature in which the world reveals itself to us.