Basic Czech I, II, and III comprise the three volumes of a comprehensive series of textbooks of Czech as a foreign language. The first volume presents the basics of Czech through gradual, systematic presentation of vocabulary and conversational expressions related to interesting and useful topics and everyday situations. Basic Czech II, structured similarly to the first volume, helps students acquire language on the pre-intermediate level, presenting more complex grammatical topics and examples of their application. Basic Czech III, also based on a comparative approach and focusing on aspects of communication, presents grammatical and lexical material that exceeds the language proficiency commonly referred to as basic, however, the title, Basic Czech, used for the two lower levels of this series, was preserved to ensure the formal continuity of the three volumes. The series also includes audio files (Basic Czech I & Basic Czech II), and supplementary material on both grammar and conversational aspects, which are available on the websites for each level. These books are primarily intended for students interested in studying in the Czech Republic. The series can be used for short intensive, semester-long and other types of courses. The Basic Czech series was designed for university students of the Czech language.
by date by title by author 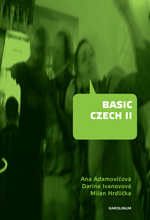 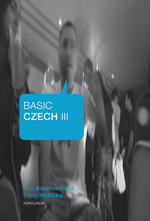