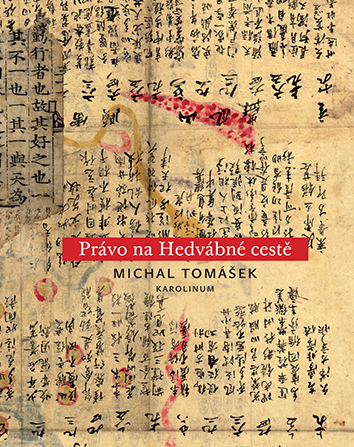 [Law on the Silk Route]

For centuries, the Silk Route was used to transport different European commodities, including glass, discoveries in geometry or astronomy as well as Christianity and legal theories to Europe. On the other hand, China was the source of silk as well as their great inventions: paper, gun powder, the compass, paper money and noodles, but often also diseases which would paralyze Europe.
The book by lawyer and Sinologist Michal Tomášek is not merely about the mutual influence of legal cultures, but also spiritual and scientific values. Thanks to the Silk Route, Chinese society was influenced by Buddhism as well as Islam. The overland Silk Route was used by the Chinese to exert influence in Tibet, Central Asia and Mongolians, while the sea route brought Europeans to China. The scholar explores the success rate of different European nations, including Czechs.
As today’s Chinese tend to adore this thousand-year period of their history, the book offers answers to many questions of the current development of China, including its New Silk Route project. Numerous illustrations and more than thirty maps help clarify the information provided.