This book, written by Romance studies expert Záviš Šuman and named after Melpomene, a Muse of tragedy and chorus, focuses on the Aristotelian category of human nature and reflections employing it in the theories on early modern theater in France. The categories of respectability, adequacy, detail and consistency are treated as normative directions as well as principles that gave rise to a refined discussion about conditions that should define dramatic art in the most general theoretical framework. The book demonstrates that the conceptualization of depicting human nature and its "conditions”, which appears archaic in the present-day discourse, held a leading position as it conditioned the understanding of many other questions, including the cathartic effect of theater, the hierarchy of functions in art, the crystallization of the intangible category of taste and the role of affectivity. This book is the first on this topic in Czech and thanks to detailed analyses of critical texts from the period aids readers in reaching an understanding of the substance of the early modern thought about theatre. 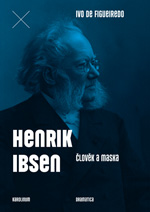