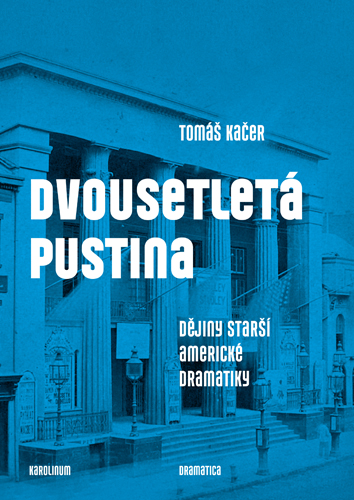 This book represents the first Czech history of drama in the United States of America, from its beginnings in the mid-17th century through 1916. The most prominent movements and works are placed in the context of artistic, theatre, social and political changes, which directly influenced them.
The book is divided into two sections. The first part contains an exposition, subdivided into the stages of the development of older American drama, while the second part consists of translated examples of representative works from the period. It serves as a history of the development of this rather neglected genre as well as an anthology of texts which illustrate this development.