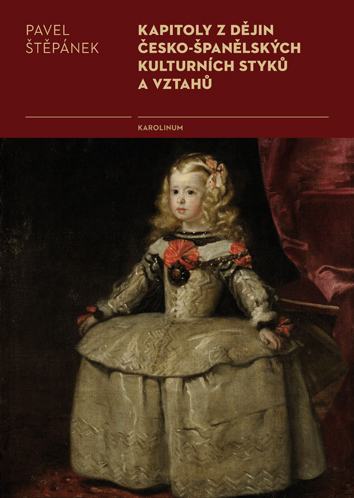 The book Chapters on the history of Czech-Spanish cultural connections and relationships is a selection of studies published by the author over the past fifteen years. It is more than just a summary of the single articles the writer published in often insufficiently available or very specialised Czech anthologies and regional, Moravian or even Slovak magazines.
The aim of this book is above all to illustrate the effect of Spanish art, iconography, education and culture, mainly religious, on Czech thinking, especially considering that for a significant part of modern history (from 16th to 18th century) Bohemia and Moravia were under the rule of one dynasty, the Habsburgs. That is why we note an increased presence of Spaniards in the Czech kingdom, and also a number of subjects of the Czech king who entered into the service of Spanish Habsburgs, such as the mathematician and Jesuit Jakub Kresa. Religious culture was spread mainly through the church via Rome, where the centres of Spanish-based orders were situated (Jesuits, Order of the Hospitallers, Piarists, etc.). Aside from a religious and a power line, there was also an intellectual and a popular one (e.g. brotherhoods), often mediated by the first two.
The book offers deep art-historical analyses relating to architecture, sculpture and painting. It does not miss out on the evidence of the attraction of Spanish culture in its golden age; whether it is the reception of the Spanish humanistic education and culture in the Czech environment or the extraordinarily big influence of Spanish fashion on Czech fashion. A particularly distinctive chapter covers the cult of Spanish saints which even penetrates into popular culture (e.g. St. Isidor Labourer).
The fact that the studies were published in one volume brings not only practical advantages, i.e. better availability of the author’s texts, but also a qualitative shift: the reader learns that the links between the Czech kingdom and the distant country at the Pyrenean peninsula in early modern history were not accidental. The ties were not one-sided, marginal or restricted only to one area of life. In short – the book will allow the reader to gain understanding of the issue in all its complexity.