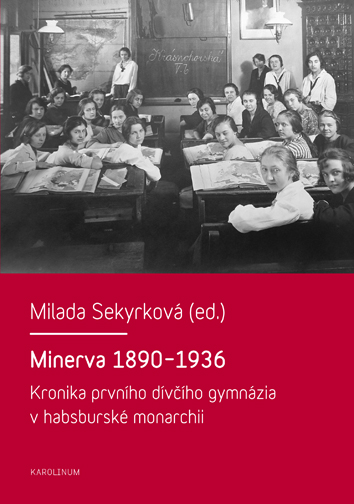 The chronicle of the Minerva Grammar School covers approximately the first half century (1890–1936) of the existence of this secondary school, an establishment which represented a breakthrough in the educational system. This first general secondary school for girls in central Europe was intended to prepare young girls for university study, which however was not possible at the time in Austria-Hungary or anywhere else for that matter. The chronicle thus also outlines the path chosen by the school’s founder, writer Eliška Krásnohorská, along with its teachers and students, to facilitate making a university education available to women and subsequently also their equal placement in their qualified fields of study. As the chronicle covered daily routine, it also captured the discontinuity (but in many respects also the continuity) of the secondary school education during the reign of Emperor Franz Joseph I, during the First World War and in the newly established Czechoslovak Republic after 1918.