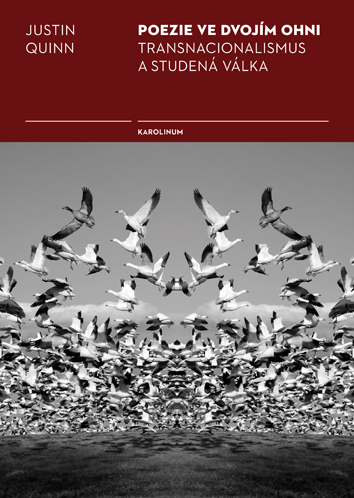 Justin Quinn (* 1968), an Irish poet and prose writer, who has lived in Prague since the early 1990s, translated poetry written by Petr Borkovec, Bohuslav Reynek, Jan Zábrana and others into English. This monograph focuses on the bi-directional contacts between eastern-European (primarily Czech and Russian) and English-language poetry written during the Cold War period. Czech poetry is primarily represented by Jan Zábrana as a translator of American left-wing poets, and Mirolav Holub as a mediator of the Beatnik poetics in the established circles of American literary criticism. Other prominent names represented are Allen Ginsberg, Joseph Brodsky and Seamus Heaney. The monograph builds critically on "transnational poetics,” whose theoretical exposition is presented in the extensive opening chapter.