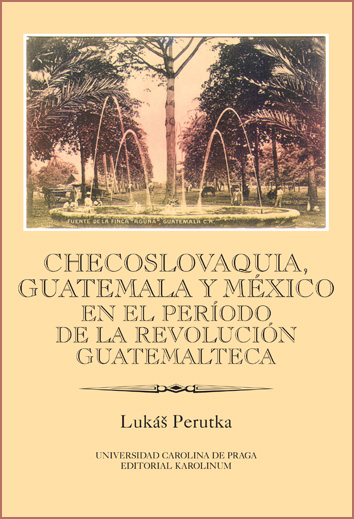 [Czechoslovakia, Guatemala and Mexico during the Guatemalan Revolution]

This monograph focuses on the relations between Czechoslovakia and Guatemala during the "Guatemalan revolution” in 1944–1954, which has previously been little researched. The scholar uncovers the broader context of international relations between Guatemala, Mexico and the United States. He focuses in particular on a supply of weapons from Czechoslovakia to Guatemala in 1954, which significantly contributed to the overthrow of President Jacobo Árbenz’s democratic regime in Guatemala. Czechoslovakia thus played a significant role in one of the Cold War’s principal events on the American continent.