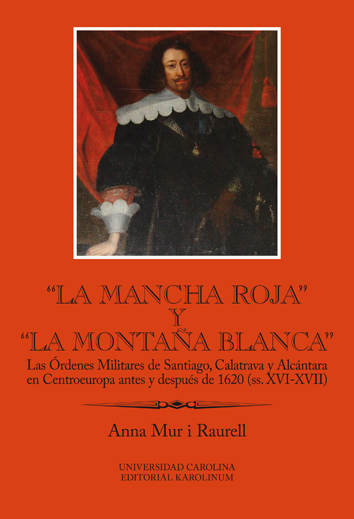 This work by Spanish historian Anna Mur i Raurell is a contribution to the study of relations between central Europe and Spain in the 16th and 17th centuries. While classical historiography makes general statements about the existence of rich contacts, modern research demonstrates specific manifestations of these relations using as examples family ties and the activities of Spanish diplomats in Prague and Vienna. This monograph focuses on these contacts in the form of the membership of central-European nobility in Spanish military orders (Santiago, Calatrava, Alcántara), used by the Spanish royalty to strengthen its position in the environment of central-European political elites. The membership in orders did not bring material advantages, but social prestige and bound their members to support interests of the Spanish Habsburgs. Through her study of documents from Spanish, Austrian and Czech archives, the scholar followed the process of acquiring membership in orders by members of central-European aristocracy (the Slavata, Martinicz, Lobkowicz and Dietrichstein families) and their relationships to the Spanish world.