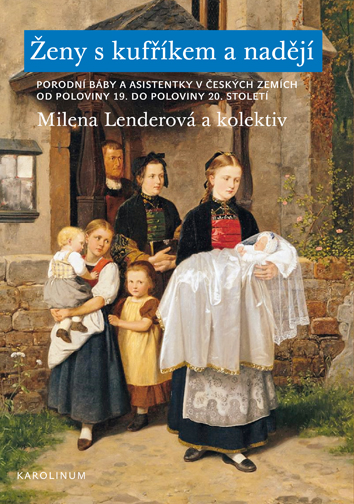 [Women with a suitcase and hope]

Midwives were always part of the local collective memory, perceived as an inseparable part of the community, similarly to a pastor, teacher and mayor; everyone needed a midwife. A midwife was part of the birth, both biological (extricating the child out of mother’s womb) and social (holding the child during baptism, often being the child’s godmother). She would also participate in other events and acts, playing a role in transition rituals: birth, christening, induction and death. Approximately between 1850–1950, the obstetrical aid became more professional, transitioning from neighborly help to a profession, which had to be enacted in legislation: over that one-hundred-year period, a midwife became an obstetric assistant.
This book follows the changes in the legislative framework, defining the life and activities of midwives, the institutionalization of obstetric education, and analyzes the transformations in the relationship between midwives and the church. It also examines the harmonious and disharmonious relationship between midwives and doctors as well as gender stereotypes towards obstetric assistant, which were particularly prominent in that time period. Midwives are presented as a professional group, and it can be followed in terms the frequency and manners of breaching the law in their uneasy practice. The closing section of the book focuses on the growing self-awareness among midwives, answering the question about the when and how they began to claim their rights, why they refused the label “midwife,” instead striving for the more “dignified” title of “obstetric assistant.”