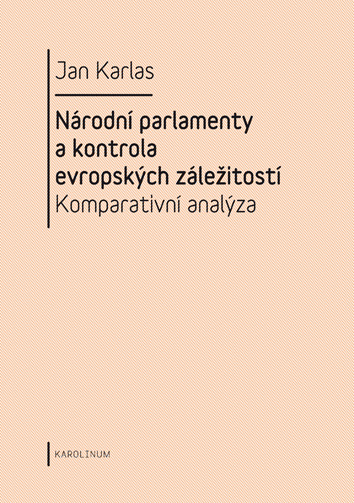 [National Parliaments and Supervision of European Affairs: A Comparative Analysis]

This book presents in Czech as well as international context the first systematic comparison of the systems of national parliamentary supervision of EU affairs, which includes all of the 27 current member countries. It shows that strong supervisory mechanisms of EU matters are not typical only for Nordic countries (Denmark, Finland, Sweden), but also for most of the new Central- and Eastern-European member countries. The text also contains the first extensive explanation of the power of the control mechanisms in the expanded EU based on theoretical information and sophisticated methodology. It comes to the conclusion that the strong supervision in the above-mentioned countries is due to their relatively late accession to the EU and deeper institutional models in the domestic political systems. Two chapters contain a detailed explication of the control mechanisms of twelve member countries, which can be considered as strong control cases.