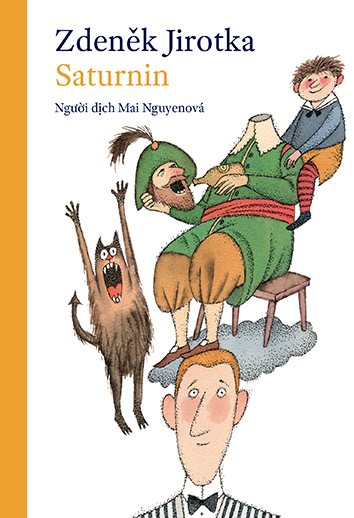 Saturnin was first published in 1942 and since then there have been more than twenty editions in Czech and its author has become a national classic of the Czech humoristic literature. The book has been adapted for radio and television, produced as a film and has a regular place in the Czech theater repertoire. In 2009, it won the TV survey Book of My Heart, an all-time favorite by Czech readers, and in 2018 it received the prestigious Magnesia Litera Award in the “Book of the Century” category. The edition with original color illustrations by Adolf Born is also available in translations of renowned foreign Czech scholars: in English, Spanish, Italian, German, French, Russian, Polish and Ukrainian. The current translation into Vietnamese is by Mai Nguyen.