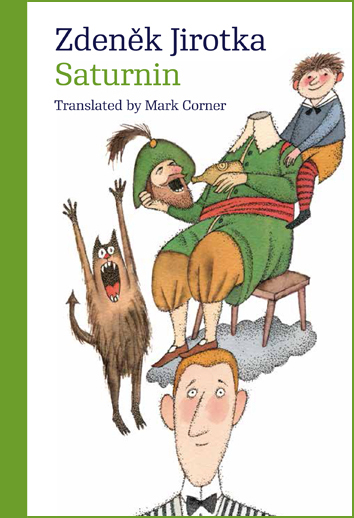 On its initial publication in Czech in 1942, Saturnin was a best-seller. This is entirely appropriate, for while Saturnin draws on a tradition of Czech comedy and authors such as J. Hašek, K. Čapek and K. Poláček, it was also clearly influenced by the English masters Jerome K. Jerome and P. G. Wodehouse.
Saturnin is the story of a young man in love and his faithful servant Saturnin, who upsets the peaceful rhythm of his master’s domestic arrangements and turns his life inside out. He lures him into an exotic world where he is forced to live dangerously, and shows him how to cope with any situation. Saturnin lays bare the weaknesses of others and compels them to disclose their ‘true’ nature – he is a subversive servant.
Written at a time when Czechoslovakia was deep in the grip of the Nazi occupation, Saturnin showed that one form of resistance was to put the world created by invasion out of your mind and create another. However, so recognisably Czech was that ‘other’ that its popularity did not diminish with the end of the war or, indeed, with the end of the forty years of communism that followed shortly after the war’s end. The book has been adapted for radio and television, produced as a film and has a regular place in the repertoire of the Czech stage.


“A delicious dry humour and an imaginative flair that makes it much more than just the ‘Czech Jeeves.’ Owing more to Jerome K. Jerome than to P. G. Wodehouse, the writing is rich in homespun wisdom and casual asides that take on a life of their own, leading the reader up charming byways of irrelevance… A surprising number of belly-laughs for a novel that is more than half a century old.”
—Adam Preston, Times Literary Supplement 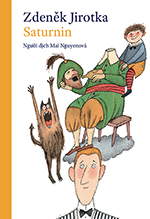