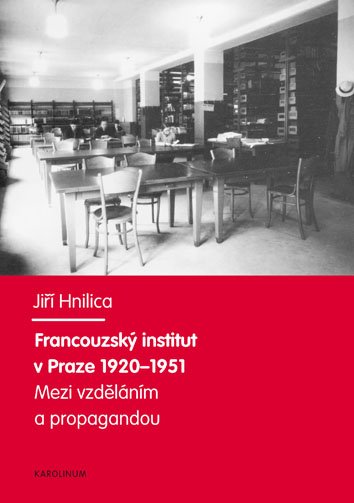 The French Institute is an important foreign institution with an almost 100-year- tradition. Between 1920-1951 it became the keystone of Czech-French cultural relations. Since its establishment, it has sought its position in the framework of cultural diplomacy and political relations between both countries and its place between "education" and "propaganda".
The book presents the landmarks in the development of this institution, in its orientation and inner organization. It also covers the context of its establishment, the reflection of political events on its operations. The scholar also seeks replies to questions concerning the relationship of the institute to Czechoslovak universities, the status this institution had in the culture of interwar Prague. Last but not least it also covers the body of teachers and students who regularly visited the institute.

PhDr. Jiří Hnilica (born 1978) teaches at the Pedagogical Faculty of Charles University and in the French Institute for Research in Social Sciences (Centre français de recherche en science sociales - CEFRES) in Prague. In his research he focuses on cultural and social history of the 19th and 20th century, and Czech-French relations in particular.