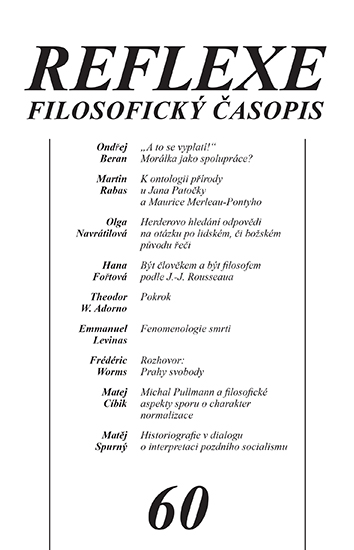 Reflexe a journal of philosophy, was founded in 1985 by Ladislav Hejdánek. The first three issues, originaly published in the underground (samizdat) form, were re-issued legally in 1990. The journal then continued as a quarterly and later, in its present form, as a bi-annual. The focus is on original studies in the areas of Philosophy and Theology. While translations of important philosophical essays are also published, preference is given to new publications. Each issue includes reviews of recent philosophical literature from the Czech Republic and abroad.

Ivan Havel a filosofie is licensed under a Creative Commons Attribution 4.0 International License.