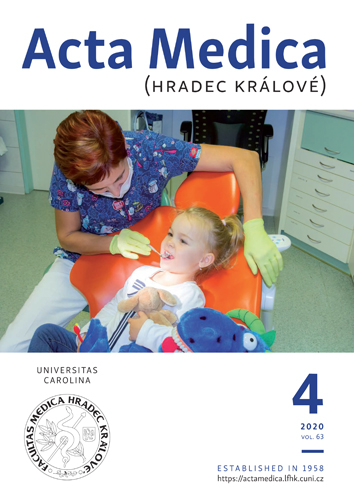 Development of Pharyngocutaneous Fistula after Total Laryngectomy: The Predictive Value of Crp/Albumin Ratio

Background: We aimed to evaluate whether C-reactive protein(CRP)/ Albumin ratio (CAR) performed in the early postoperative period after total laryngectomy could be a predictive factor for the development of pharyngocutaneous fistula (PCF). Methods: The files of patients with laryngeal squamous cell carcinoma who underwent total laryngectomy between January 2005 and January 2019 were retrospectively reviewed. Patients were divided into two groups: patients with PCF (PCF group) and without (Non-PCF group). CAR values and risk factors were compared between groups. Results: The overall incidence of PCF was 23.2%. There was a statistically significant difference between the two groups in terms of CRP and CAR levels (p = 0.001). The CAR value of 27.05 (sensitivity = 75.0% , specificity 68.2%, area under curve (AUC) = 0.742, 95% confidence interval 0.616–0.868) was determined as a cutoff value to describe the development of fistula in the early postoperative period. In multiple linear regression analysis, there was an independent relationship between presence of PCF and previous RT and CAR value. Conclusions: CAR, performed in the early postoperative period, may be a new and useful marker for predicting PCF after total laryngectomy.

Development of Pharyngocutaneous Fistula after Total Laryngectomy: The Predictive Value of Crp/Albumin Ratio is licensed under a Creative Commons Attribution 4.0 International License.