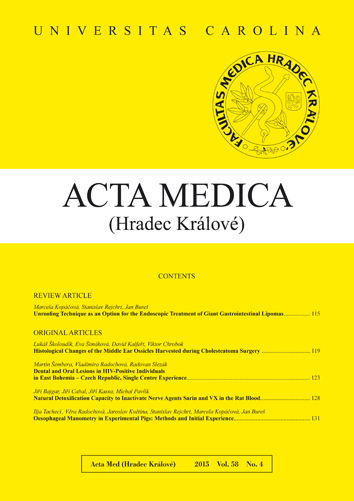 Concha bullosa (CB) is among the most common anatomic variations of sinonasal anatomy. Although usually asymptomatic, CB can occasionally cause nasal obstruction or headache. Obstructions within the mucociliary transport system can develop into a mucocele or mucopyocele. A 48-year-old female, with a history of progressive headache and nasal obstruction, was referred to our department. Paranasal sinus tomography revealed a nasal mass in the left nasal cavity resembling a mucopyocele in the middle turbinate. Under general anesthesia, the purulent material was aspirated, and the lateral part of the left turbinate was resected. Mucopyoceles are common within the paranasal sinuses, but uncommon with CB; thus, they should be considered in patients with a large hyperemic nasal mass.