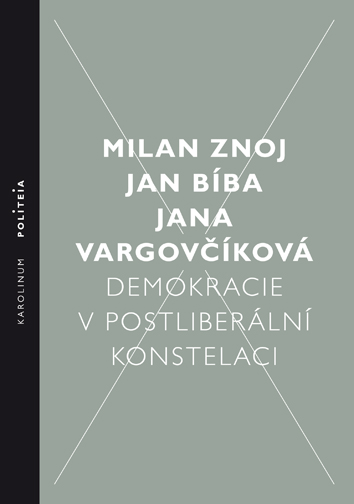 It appears that we are currently experiencing a crisis of liberal democracy. The symptoms are striking: election turnouts declining, an unprecedented ability of the oligarchy to misuse state operations for their own merit, governments stubbornly promoting neo-liberal reforms despite the persistent opposition by their citizens, the dying out of the social state and, last but not least, the success of the new right-wing populism. This book seeks an antidote. The scholars do not see the causes of the crisis in the challenges of global capitalism, despite the turbulent history of the Czech lands. They are interested in the internal tensions within liberal democracy itself, which they see in the insufficient articulation of the relationship between liberalism and democracy. As they believe that existing articulations have exhausted themselves, they seek new ones. They believe that the post-liberal situation represents this kind of theoretical space allowing for a new thematization of democracy’s capacity to act collectively, publicly and politically, the capacity that liberal theory eliminates in their reflections. Relevant questions are examined from the perspectives of four movements of contemporary democratic theory: neo-republicanism, deliberative democracy, post-liberal democracy and radical democracy. Naturally, answers differ, however the thing they have in common is an effort to open a post-liberal perspective for democratic thinking.