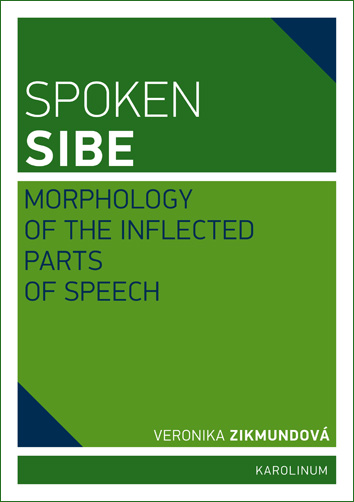 Spoken Sibe: Morphology of the Inflected Parts of Speech

At present, the Sibe language is the only oral variety of Manchu which is actually in use. With some 20,000 to 30,000 speakers it is also the most widely spoken Tungusic language. The Sibe people, who live at the North-Western border of the present-day Sinkiang Uyghur Autonomous province of China, are descendants of the garrison men of the Manchu army from 18th century. They were sent there after the area was annexed by the Manchus with the task to guard the newly established border between the Manchu Empire and Russia. Being soldiers of an alien army they remained isolated from the indigenous Turkic and Mongolian peoples, which resulted in an allmost miraculous preservation of the language.
In the 1990s, when the oral varieties of Manchu in historical Manchuria became either extinct or at the verge of extinction, Sibe kept surviving as a language spoken by all generations of Sibe people in the Chapchal Sibe autonomous county, and by the middle and older generations in virtually all other Sibe settlements of Xinjiang. By now, although the percentage of Sibe-Chinese bilingualism is high, the number of speakers, including young people, is still significantly great.
The present description of the grammatical functioning of the two main inflected word classes – nouns and verbs – is documented by examples and sample texts, and provided with the basic general information about the Sibe language and its speakers.
The intention of this work is to offer the reader a more complex image of the Sibe language as it is used at present on its historical and cultural territory.

The Sibe language, which is closely related to Manchu, belongs to the group of the Tungusic languages, traditionally believed to form the Altaic language family together with the Turkic and the Mongolie languages.
One of the most important problems of Altaic Studies is that the research level on the different branches is unbalanced. Best studied seems to be Turkic and Mongolie. In turn, the field of Tungusic not only lags behind, but some Tungusic languages and dialects were not even described until now. Accordingly, the work of Zikmundova, being the first scientific grammar of spoken Sibe is a long-awaited and eminent monograph in this field.
Up to now, we had some grammars of Classical Manchu which is a literary language. In turn, we did not have any descriptions of the spoken forms of Manchu, and especially a description of the Sibe language. For a long while spoken Sibe has been viewed as a Manchu dialect, or as an oral variety of Manchu. Researches and literature on the Sibe language are very scarce. Most of the available material consists of dictionaries and some editions of commented and analyzed texts based on the oral language. Up to now, there was only one grammar of spoken Sibe published by the Korean scholar Jang Taeho. As this work was published in Chinese, it remains inaccessible for the majority of the European linguists.
An eminent value of the present work is that its author made use of all the available literature, written in European languages and also Chinese.
The monograph includes seven chapters with a nice introduction, where we find important information on the history, sociological position of the Sibe people, a dialectal picture of Sibe, and a survey on the previous research on spoken Sibe. The main parts of the monograph give the general characteristics of the morphology of spoken Sibe, discussing the parts of speech (nouns, qualitative nouns, pronouns, numerals and verbs) and their syntactical characteristics. Every described feature is accompanied by a rich number of examples collected in the course of the author's fieldwork. Finally, the volume ends with precious Sibe text samples and the bibliography.
It should be emphasized that the present work is the first detailed Sibe grammar written in English. With its publication the material will be attainable both by the researchers of Altaic, but general linguists will find it useful as well. A special value of Zikmundova's monograph is that the material is based on the author's fieldwork in Xinjiang, so the statements made by the author were checked with the aid of native speakers. Accordingly the material is authentic and reliable.
The collected texts that are appended to the grammar represent some additional values as well. Besides of making linguistic observations on them, this material makes possible to use them to investigate ethnographic, literary and religious peculiarities.
The work was written on a high scientific level, following the methods of the best classical European linguistic tradition.