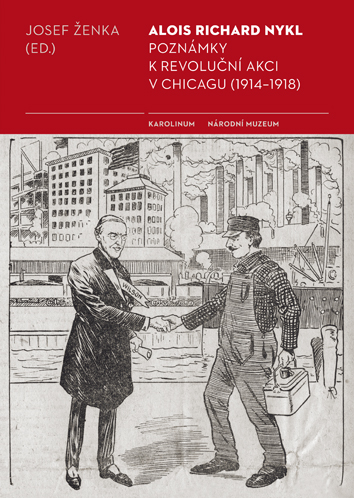 Alois Richard Nykl (1885–1958), an American of Czech origin, is primarily known as a linguist, polyglot and Orientalist. Having traveled the world for nine years, he returned to Chicago in 1916, where he took part in the Bohemian independence movement. His book, Notes on the Revolutionary Action in Chicago, features his memories of his activities during the war years of 1916–1918, which commenced in the fall of 1916 when he served as a secretary of the Bohemian Department of the Western Democratic Campaign Committee during the reelection of Woodrow Wilson. His autobiographical story also contains his comments on the activities of the Bohemian independence movement between 1914–1916, which he came to know thanks to his association with the compatriot press in Chicago. This remarkable historical document represents an atypical interpretation of the events of 1914–1918 and one of the first critical reflections of the Bohemian independence movement. The author also comments on the changes the Czech community in Chicago and the American society underwent during the war and post-war years.
This edition of the text written in 1926–1927 is complemented by an introductory text which presents the author’s life, his travel from Yokohama to Chicago during the war and his path from the compatriot society to the environment of American universities. The book chronologically follows up the first volume of the author’s autobiography, The Fifty Years of Travels of a Czech Linguist and Philosopher. The text is accompanied by numerous unique photographs and archived materials from A. R. Nykl’s and E. S. Vráz’s estates. Appendices include a selection of Nykl’s war works advocating independent Bohemia, his papers on pan-Slavism and compatriot community, unique diaries capturing Masaryk’s reception in Chicago in May 1918 and several shorter texts, which help the readers to better understand Nykl’s view of the compatriot activities in Chicago during the war.