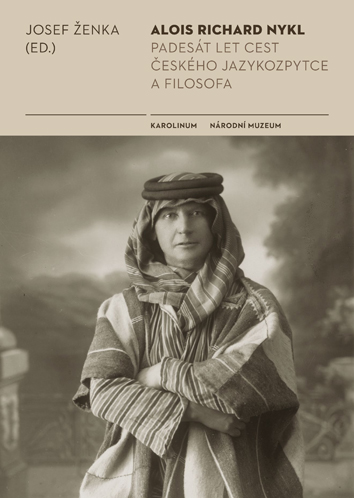 [Fifty years of travel of a linguist and philosopher]

Fifty Years of Travel, written by Professor Alois Richard Nykl (1885–1958), represents the first and only completed volume of this Czech-American Orientalist and polyglot’s autobiography. Nykl’s captivating narrative covers his youth in Austria-Hungary as well as his later journeys around the world, including Switzerland, Germany, the USA, Mexico, Egypt and Japan. Having returned to the US in 1916, he began his career as a university professor, later becoming a world-renowned specialist in Andalusian and comparative literature. In his memoires, written in the early 1930s, he tried to assess his life as well as his remarkable methods for acquiring language skills through direct and theoretical study throughout the world.
The opening texts, compiled by editor Josef Ženka, cover the scholar’s fortunes. The text is richly illustrated by unique photographs and archived materials from Nykl’s estate.