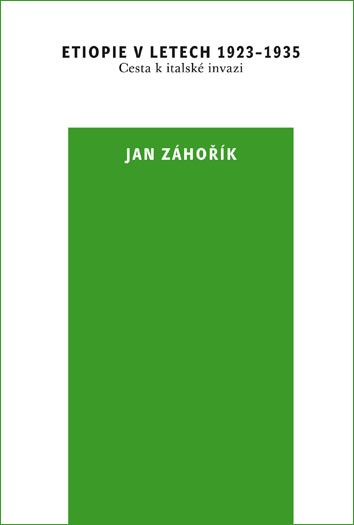 From the time when Ethiopia joined the United Nations (1923), it was exposed to the pressure from Great Britain and later especially from Italy, which was thus preparing the ground for a military occupation. A borderland conflict in December 1934, known as the Walwal incident, served as a pretext. Jan Záhořík's monograph attempts to find the deeper roots of these events. It addresses Ethiopia's role in international relations in the 1920s and 1930s, and analyses the circumstances that led to the Italian invasion in 1935. Except for the international political context it also focuses on "anthropological myths" of Europeans (Czechoslovaks not excepted) concerning Ethiopia and its inhabitants. It shows that these stereotypes influenced the status of Ethiopia on the level of international politics and served, for Italian propaganda, as an argument for its domination.