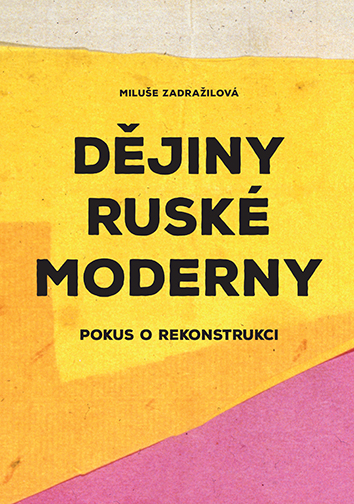 [The history of Russian modernity. An attempt at reconstruction]

This literary historical work by Miluše Zadražilová, a scholar of Russian studies (1937–2012), is the result of her lifelong professional and personal interest in the era, which she most often characterized as nervous or exalted. It is set at the turn of the 19th century, which was experienced in the apocalyptic expectation of the end as the beginning of a new era. The author presents this turning point of cultural history to readers primarily through literature, but she also takes into account other artistic forms – theater, fine arts, music or dance. She understands history as the sum of mutually intersecting texts and only the necessity to classify the copious material forces her to process the individual streams separately. In her interpretation, she mainly focuses on the works by representatives of late realism, modernism and avant-garde, and despite their originally declared contradictory nature, she searches for hidden connections. She reconstructs the context of the period in detail, which also confronts the later, “contemporary” reception and research. This monograph, written at the turn of the 20th century also brings an urgent and undisguised subjective statement on the scholar’s own time.