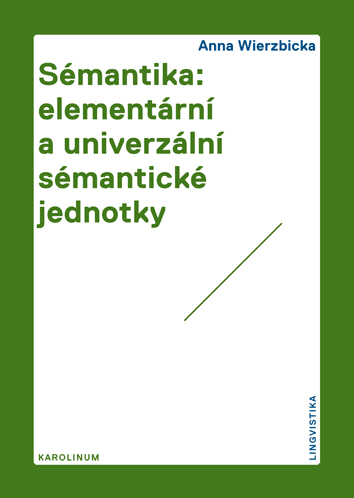 Sémantika: elementární a univerzální sémantické jednotky (Semantics: elementary and universal semantic units) focuses on elementary units of the semantic theory that Anna Wierzbiczka has been developing for many years. The book represents a synthesis of the scholar’s work on this theory, presenting an accessible, complex and systematic overview. Language is primarily a tool for expressing meanings. Its structure always reflects its function and can therefore be only correctly understood on the basis of its function. This book captures a complete set of universal notions that the scholar, along with her colleagues, drew up from extensive research of different languages from around the world. Based on these empirical, comparative works, this work defends the traditional notion of the "psychological unity of the mankind,” while at the same time affording it a framework for an accurate description of the meaning in different languages and cultures.