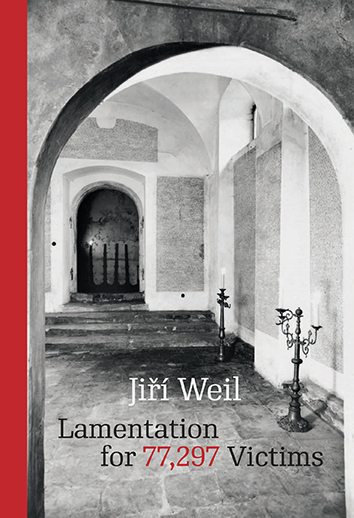 Jiří Weil’s documentary prose poem, Lamentation for 77,297 Victims is a literary monument to the Czech Jews killed during the Holocaust. A remarkable Czech-Jewish writer who worked at Prague’s Jewish Museum during the Nazi Occupation and after – he survived the Holocaust by faking his own death – Weil wrote his Lamentation while he served as the museum’s senior librarian in the 1950s.
Remarkable literary experiment opening new ways how to write about the undescribable combines a narrative of the Shoa, newspaper style accounts of individual lives destroyed by the Holocaust, and quotes from the Tanakh, each having a specific and powerful effect.