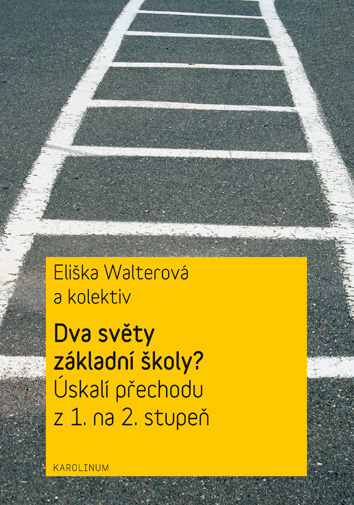 [Two Worlds of the Primary School? The Difficulties of the Transition from the Elementary to the Middle School]

The book Two Worlds of Primary School? The Difficulties of the Transition from the Elementary to the Middle School is a result of the project Centre of the Primary Research in School Education realized in 2006-2011. It focuses on primary school, an institution which in the Czech Republic provides a mandatory education to a majority of the population between 6 and 15 years of age and which links the primary and lower secondary level in one organizational unit. It focuses primarily on the problems of the transition between the two levels, neglected until this project. It searches for hidden risks as well as opportunities and possibilities to make this transition easier. It contributes to the theory of school education, deepens the knowledge of the reality and operation of the Czech primary school.
The results of the research show that the transition from the elementary to the middle school can be considered the crucial point in the educational path of pupils while being also a neuralgic point of the educational system. The dilemma of the uniformity and differentiation has interwoven the history of primary education. An optimal solution has not been found and it has remained an open question and primarily a challenge for research to determine which is more efficient and suitable: inclusive schooling of pupils in one institution with differentiated educational content on the lower secondary level which follows a mainstream primary level, or sorting pupils into different institutions. This complex of indentified problems and real-world experience from schools led the authors of the book to formulate certain recommendations supporting the facilitation of the pupils' transitions from elementary to middle school.