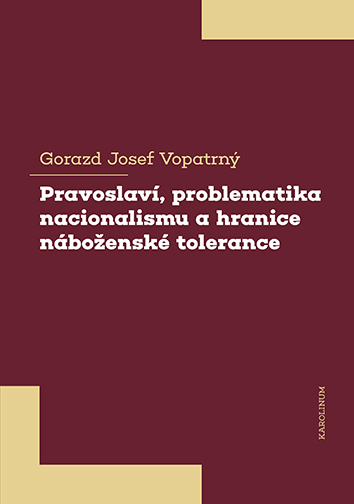 [Orthodoxy, nationalism and the limits of religious tolerance]

This book is a set of independent essays, linked by the theme of orthodoxy and nationalism. The introductory essay, devoted to the meaning of the Christian faith in the contemporary world from the orthodox perspective, is followed by an analysis of the relationship of the orthodox church to nationalism in general, but also specifically in the Greek Orthodox Church. Other chapters focus on nationalism in the environment of the holy Mount Athos, the national issues as treated by selected representatives of the Orthodox Church, the figure of the martyred bishop St. Gorazd and the loopholes of religious tolerance in the orthodox perspective.