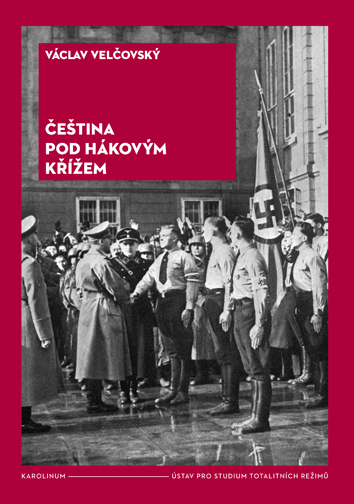 [The Czech language under the swastika]

A language is not just a means of communication, it is also perceived to be one of the facets of a nation. In politically tense times, people turn towards language as representing a central value that must be protected.
During the period of the Nazi occupation, the problems of the Czech-German coexistence culminated with language playing a key role. What were the Nazi plans for the Czech language? What was the status of Czech and German in the Protectorate? How did Czech function in public administration, education and science? How was the change in the political situation reflected in the stances of the country’s population and their communication strategies? And what did the language look like during totalitarianism?
The use and functioning of the Czech language represent a neglected theme in the research into the Protectorate of Bohemia and Moravia and The Czech Language under Swastika strives to fill in this gap.