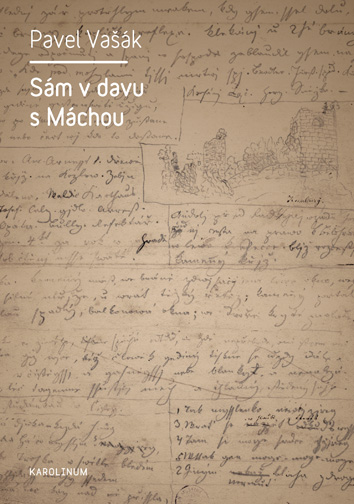 [Alone in the Crowd with Mácha]

The book entitled Alone in the Crowd with Mácha and consisting of eight essays written by Pavel Vašák (1941-2011) presents a representative selection from the long-standing extensive work of this important researcher of Mácha, being the outcome of a systematic journey through the life and work of the author of Máj [May], a quest grounded in deep theoretical and textological knowledge. The first part of the book comprises four essays, in which the reader can follow the scholar's exposition of the "journey" Karel Hynek Mácha's work undertook throughout Czech literary world, with a special emphasis on years 1836-1858. Pavel Vašák also covers the types and transformations of the reception of the poet's work, the rise and development of Mácha's symbolism as well as the influence of the period reception of Mácha's work on the genesis of the literary programme of the May Group. The ensuing two essays, contributing to the knowledge of Mácha's work, present the researcher's analysis focusing on the often difficult genesis of the poet's texts, whose intricacies are disentangled with erudition, and on the relation of the poet's texts to the artistic language of Mácha's drawings, which are perceived as both a counterpart and an inseparable part of the poet's literary work. The two concluding literary-history essays are devoted to the poet's posthumous pilgrimage through the Czech social and literary life and the fate of his remains, which for over a hundred years reposed near the wall of the Litoměřice cemetery. In the first of these chapters, the scholar delves into the rise of the Mácha cult symbolizing the Czech national consciousness linked inseparably to the poet's grave in Litoměřice, while in the second he presents many dramatic and mostly quite unknown circumstances accompanying the exhumation of the poet's remains and their transfer from Litoměrice to Prague in October of the troubled year 1939.

Vašák's erudite pilgrimage through Mácha's work will undoubtedly inspire our researchers of Mácha to further research of the poet's work and it will also certainly engage readers interested in the poet's life and work from the wider public. Considering the fact that Pavel Vašák's book is being published at the time when he is no longer among us, it represents an unintended, yet unfortunately also symbolic end to his many years' systematic research of Mácha. In February 2011, he left us to meet his beloved poet beyond "... the horizon's cliff." Mácha's poetic work as well as Vašák's comprehensive scientific work devoted to it will however keep on living and arouse interest of both professional and wider public.
Josef Peřina