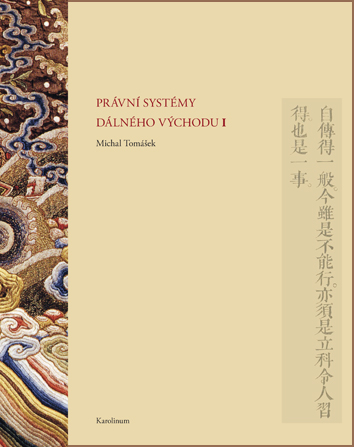 [Legal systems of the Far East I]

The first volume of Michal Tomášek’s book is devoted to the historical comparison of the legal systems in the Far East (China, Japan, Korea, Vietnam) prior to the reception of Western legal concepts in the 19th century. It reveals the context, which allows for understanding the differences between the current legal systems in the Far East and the continental and the Anglo-American systems; the comparison of these systems will be the subject of the second part. This easy to read text, written by a leading expert on Chinese law, includes colorful details as well as philosophical and religious context, which will make it appealing not only to specialists, but also to a broader audience. The exposition is richly illustrated.